This is Class 3 where our Year 3 and 4 pupils are based in Helvellyn classroom. It is taught by Mrs Wadey supported by Mrs Matheson, Mrs Craggs and Mrs Mason. Take a look at the photos below to see our room.

Here we are busy with our learning! 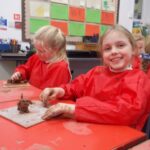 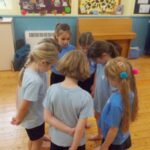 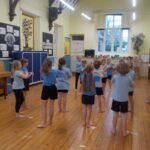 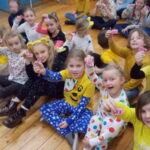 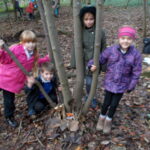 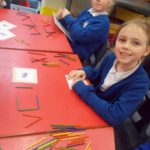 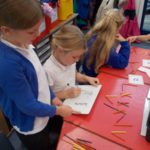 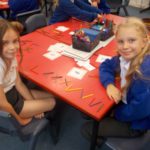 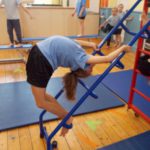 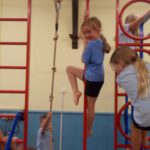 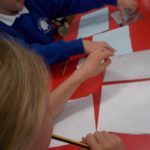 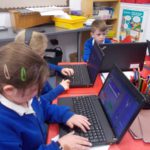 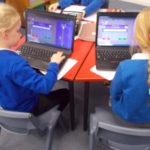 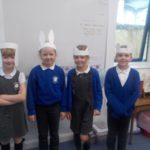 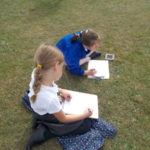 What are we going to be learning this term?

Maths: Our initial number focus will be decimals including adding and subtracting money, solving problems along with estimating and comparing prices. We will then explore time including 12 and 24 hour clocks, learn time facts and convert between difference measurements. Pictograms, bar charts and line graphs Y4 will follow with learning about discrete and continuous data as well as interpreting and understanding what these representations show. We will end the term with work on shape for Y3 and position and direction for Y4.

English: Our modern mystery about a cat called Varjak Paw by S.F. Said is nearing its exciting ending. We will follow this by studying The Tin Forest by Helen Ward and Wayne Anderson contrasted by The Window by Jeannie Baker. We will use both these environmental and community themed texts as inspiration for drama, diaries, letters, narrative and poetry writing. We will also explore the poetry of Michael Rosen. In our twice weekly guided reading sessions, we study a range of texts in detail and practise the skills of reading. Spelling/phonics, punctuation and grammar will be worked on each day in morning tasks and English lessons.

Science: Electricity - learning about batteries and mains supplies, simple circuits with switches and conductors and insulators of electricity.

Geography: Comparing and contrasting the Amazon rainforest and the Lake District including key physical and human features including mountains, lakes, rivers and types of settlement.

PE: Rounders, cricket (with local visiting cricket coach) and tennis will be our focus for the first half term along with athletics, tri golf and outdoor and adventurous activities in the second half term.

Computing: Exploring repeating shapes and repeating in games. We will be using a text-based programming language called LOGO to write code and create algorithms. Followed by using Scratch programme to modify and create games using loops.

RE:  Exploring how prayer and pilgrimage are important in different world faiths with a focus on Islam, Buddhism and Christianity. Our Christian Value is Peace.

RSHE: Valuing Difference by learning about friends and acquaintances, finding solutions when we disagree, how to show respect for others and learning about stereotypes.

Art & DT: Collage and modelling inspired by Wayne Anderson, the work of Henri Rousseau and Jeannie Baker, along with embroidery inspired by our Amazon and Lake District work.

French: Months and further numbers and Jack and the Beanstalk.