Spooky! With Halloween fast approaching, Scafell class have had a go at making their own terrifying mummies! 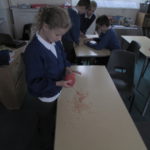 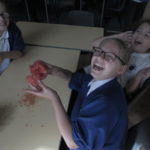 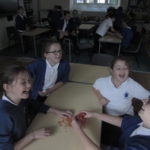 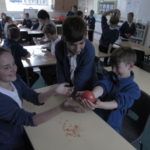 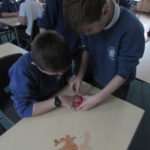 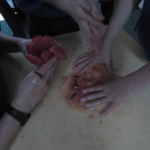 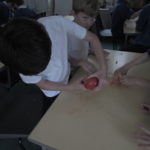 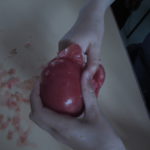 As we’ve journeyed through the traditions and achievements of the Ancient Egyptian civilisation, we’ve found out lots of fascinating things, but none more gruesome than the mummy.

When somebody important died in Ancient Egypt, it was very important for them to be buried in the proper way so that they could live well in the afterlife. Grand tombs were constructed (otherwise known as the Great Pyramids!), offerings of gold and food were made and bodies were preserved through the process of mummification.

We thought we’d have a go at making our own with a tomato (it turns out there’s a lot of paperwork involved otherwise!). First up we needed to wash our fruits, before disembowelling them and removing everything inside. The innards were stored in Canopic jars and protected by the relevant Egyptian God as the body moved on to the next process – drying. Our tomatoes were immersed in “Natron”, just like the Egyptians used, in order to suck out all of the moisture and dry the body completely to prevent decay. A week later our shrunken, dried tomatoes were removed from the Natron and inspected so that they could be wrapped in bandages and placed in a tomb.

From here, Scafell are in the process of also producing some excellent writing for their English and using a range of sources to develop their historical knowledge, as well as identifying when and why sources disagree on a topic.

Check out the photo gallery for some great pictures of our trainee embalmers – but please note, it’s not for those with a weak stomach!